First, let me just say that I never intended to run without my Garmin for a week…LOL. I’ll be the first to admit I’m attached to their watch just as much as the next runner is. I’m super dependent on it and rely on it big time since I’m in training for my next half…Best Damn Race Safety Harbor!

Quick back story…my original Garmin Vivoactive HR watch (read more about it here) got flaky over Labor Day weekend so I sent it back and was sent a new one—free of charge—within a few weeks thanks to Hurricane Irma. Yay! Two months later, the watch they sent me became flaky AGAIN…NOT a happy camper at this point…so I sent it back and gave Garmin a piece of my mind. I’m pretty sure this was the universe giving me signs to slow down or something since the week before I had a procedure to remove an ingrown toenail…sorry TMI 😛 Anyways, I’ll have my new watch—again free of charge—-by the beginning of next week. Hopefully. Luckily Garmin was great and was extremely apologetic on the phone. Seriously though…runners in training do not have time for watch malfunctions!

That being said, I learned a lot about myself and my training when going without it. I was pretty surprised actually. It kind of added stress I didn’t know was there. When the watch went away, it was like a weight was lifted off my shoulders! Some eye-opening things, folks.

SO, as of now, I still do not have my watch. I’m running the rest of the week without it until it arrives next Monday, the 6th. I’m embracing the fact I still don’t have it (convincing myself more like but you get it) but I must say it’s nice not stressing about pace, calories, or distance (I’m using Map My Run to help me with turnaround points). This training is for enjoyment as much as it is a PR.

Thanks to this inconvenience, you could say I’m “okay” with going without a watch for now. It’s kind of fun going back to the “old days” when none of us had these fancy watches. However, I’m looking forward to getting my watch back and seeing if I’ve improved without it! These couple weeks have been an eye-opener in a sense of going without the watch more often. This is something I’m going to implement going into the next few weeks of my training cycle. In the meantime, I challenge YOU to go without your watch for just one run and see how you feel. You might be surprised!

Do you run by effort? Do you have a watch you rely on?

Do you run for fun or training for something now?

Why do you run? 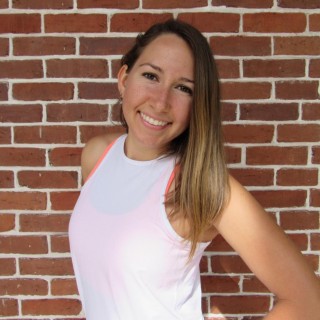 Hi, I'm Ali and welcome to my page! Running and overall fitness is my passion while motivating others to live a healthy, active life. I love a good cup of coffee, trying new recipes to help fuel and recover from my workouts, and participating in local area 5ks, 10ks, and half marathons. You can find me teaching Barre and my outdoor bootcamp, HEAT, as well as personal training in the Tampa Bay area. Check Out My Adventures Below!

Run on Bayshore with Dad